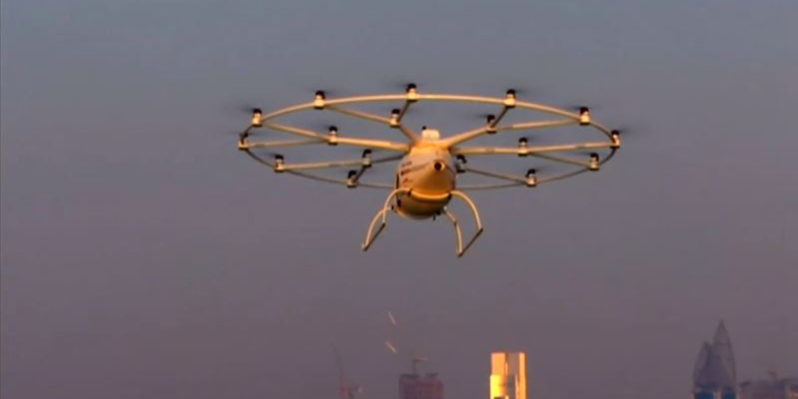 Past Monday, the dron successfully completed its first flight in Dubai, in what was a brief exhibition of the service to come. After five minutes flying over the city, the ‘taxi-dron’ traveled around 200 meters away before landing and give way to the anteroom of what will be an autonomous transport service whose aim is to revolutionize the sector.

To do this, Velocopter and Daimler bet on an electric multicopter, called ‘Velocopter 2X’, 18 propellers with independent motors that feed from the energy provided by nine batteries to propel without using any kind of fuel. It has capacity for two passengers and has the system of landing and vertical takeoff (VTOL).

It also has enough autonomy to fly up to 27 kilometers with a single load at an average speed of 70 km / h, a range that can be extended to a 27-minute journey by choosing a cruising speed of 50 km / h. Nevertheless, its maximum speed is of 100 km / h and its capacity of limit load is 160 kg. The battery can be recharged in less than 40 minutes using a quick recharge point; using a conventional plug, the estimated time is two hours. The company, for the moment, has not made public the price of each unit.

On the contrary, what it has manifested is its idea of ​​implementing in only five years a service that they expect to be completely autonomous. A kind of private service on demand Uber style in which the user can reserve through his application the vehicle that will pick you up at your door to transfer you to the destination selected.